Worst Case Of Suicide They Ever Saw

Advisory: Inmate at the West Valley Detention Dies from Injuries Suffered in a Fall

SUMMARY:
On Monday, July 4, 2022, deputies and medical staff at the West Valley Detention Center provided medical aid to inmate Frank Olivas after he intentionally fell from the second floor of a housing segment.  American Medical Response and Rancho Cucamonga Fire also responded to the scene and transported Olivas to the Arrowhead Regional Medical Center.

Olivas suffered multiple injuries from the fall and on Thursday, July 7, 2022, at 10:25 p.m., he was pronounced deceased.  Detectives from the Specialized Investigations Division responded and began an investigation. 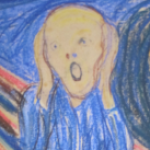 By admin and Sheriff's Public Affairs