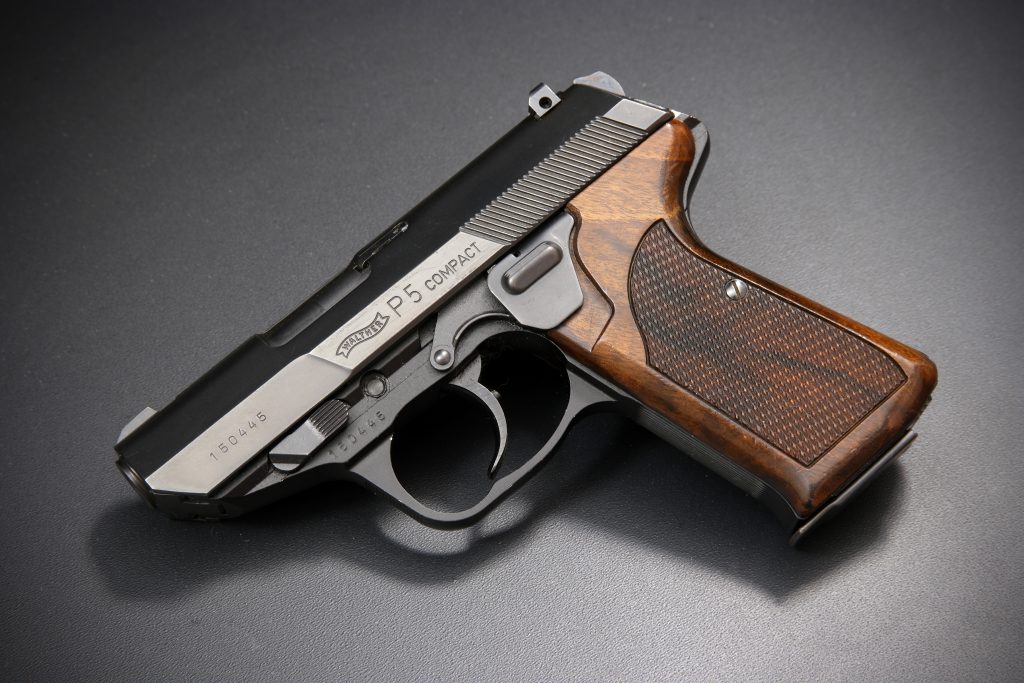 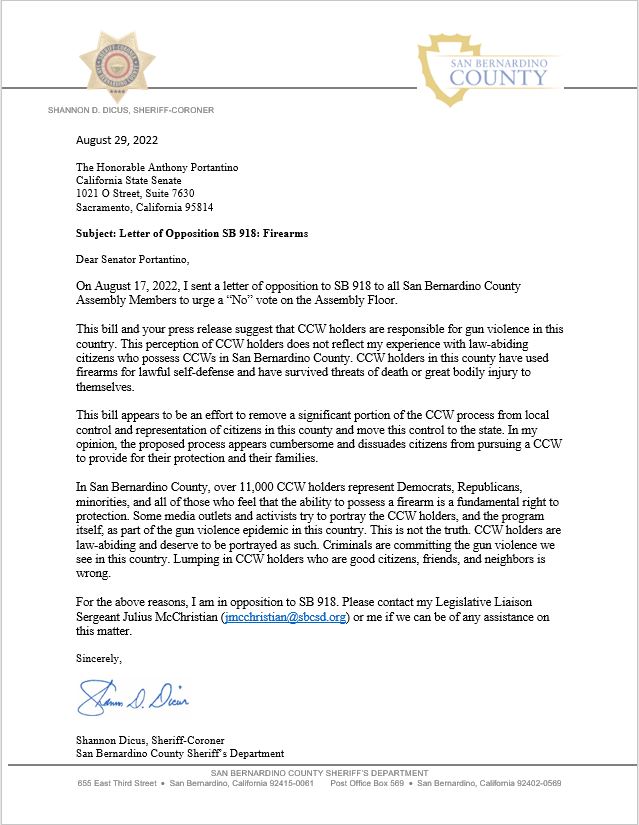 Sheriff Dicus respects the rights of our citizens to lawfully carry a concealed weapon and remains committed to aid them in the process to obtain a Carry Concealed Weapon (CCW) permit.

The Sheriff joins the California State Sheriff’s Association (CSSA) in their opposition to Senate Bill 918 (Portantino) and has made his stance clear to members of the California State Assembly. Today, the Sheriff addressed his concerns about this bill and its suggestion that CCW permit holders are responsible for gun violence in this country. We are sharing the letter sent to Senator Portantino and wish to convey to the residents of San Bernardino County that the Sheriff supports those that believe the ability to possess a firearm is a fundamental right to protection and he will continue to defend that right.