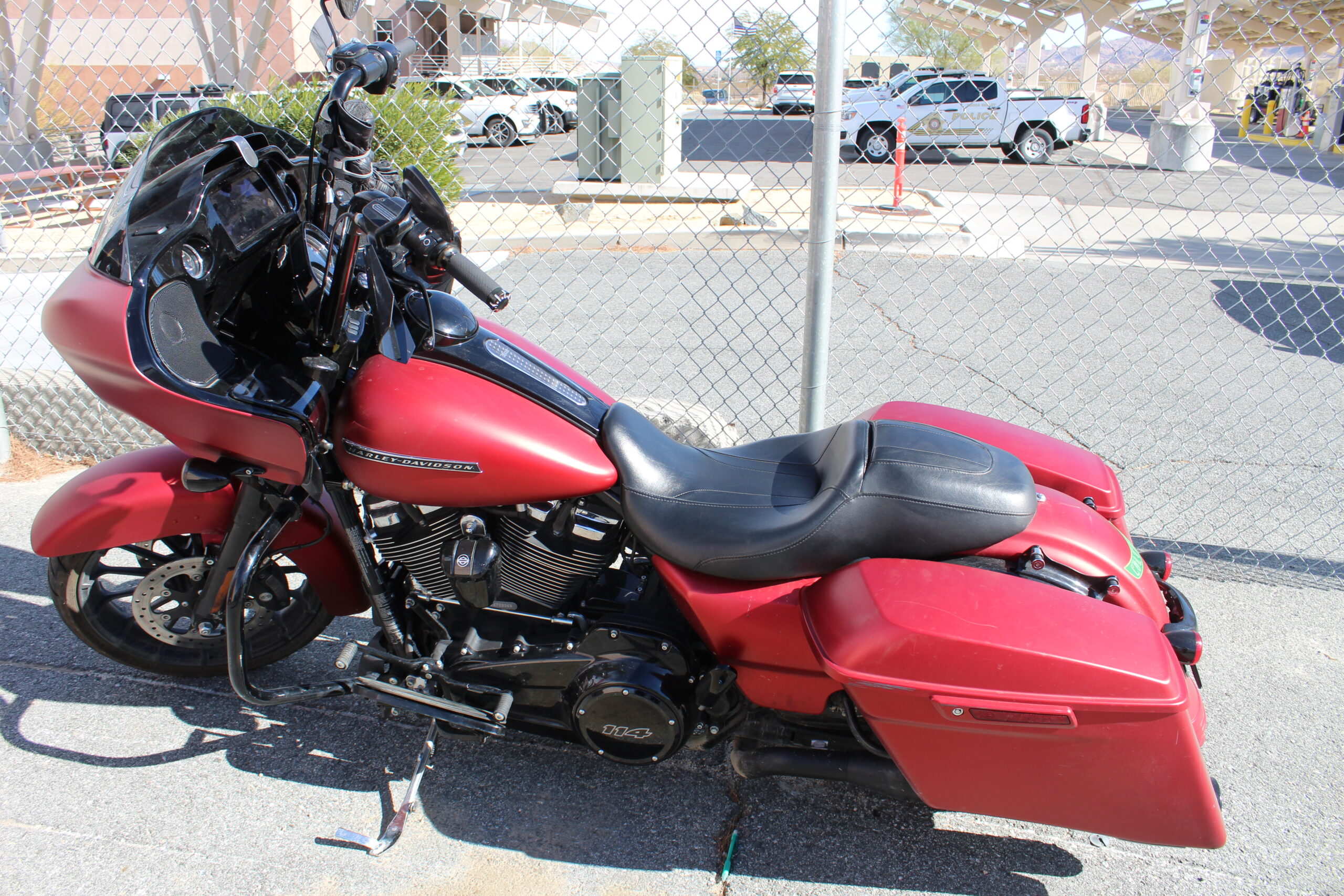 SUMMARY: On Saturday, July 23, 2022, at approximately 7:52 p.m.,  deputies from the Morongo Basin Station were dispatched to an assault at the 58100 block of Twentynine Palms Highway, in Yucca Valley. During a reported road rage incident, the suspect struck the victim, which rendered the victim unconscious. The suspect fled the scene on a maroon motorcycle prior to deputies’ arrival. The victim was transported from the scene to Hi-Desert Medical Center where he was treated for his injuries.

During the investigation, detectives identified Derrick Tarrant as the suspect and sought a warrant for his arrest. On Thursday, November 17, 2022, detectives took Tarrant into custody at a residence in the 6300 block of Goleta Avenue, in Yucca Valley. Detectives served a search warrant at the location and discovered three firearms and a stolen 2019 Harley Davidson.

Anyone with information related to this investigation is asked to contact Detective S. Ables at the San Bernardino County Sheriff’s Department, Morongo Basin Station at (760) 366-4175. Anyone wishing to remain anonymous may contact We-Tip at 1-888-78-CRIME.