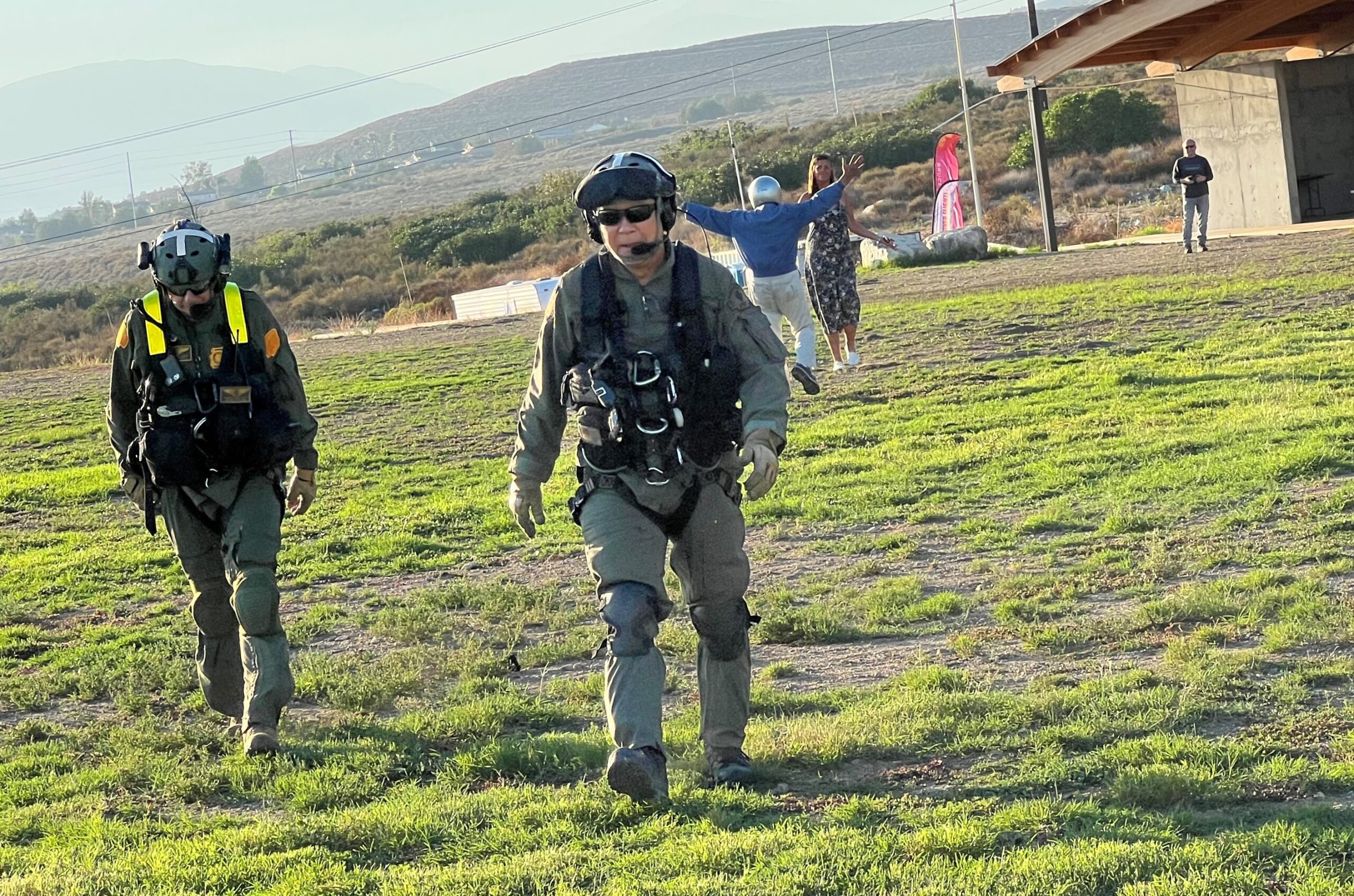 SUMMARY: On Saturday, October 1, 2022,  89-year-old Susumu Sagara arrived at Marshall Peak, in the San Bernardino mountains, to launch his hang glider. Shortly after take-off, he experienced difficulties and crashed his hang glider into the side of the mountain.

Witnesses called 911 and reported the incident to authorities. At 4:36 p.m., deputies from Central Station received the reports, however, because of the remote location of the crash site, and the amount of time it would take to reach it, assistance from Sheriff’s Aviation was requested.

The crew of Air Rescue 306 responded to Marshall Peak and began searching the hillside. The crew located Susumu on the west side of the mountain and set up to complete a rescue. The crew hoisted an air medic down to Susumu. The medic assessed him and after speaking with him for several minutes, advised the crew that Susumu did not sustain any injuries. The crew returned to the site and hoisted Susumu in a rescue harness up to the helicopter, followed by the medic.